Hexicon has concluded a model test at MARIN in the Netherlands as part of the design work for the company’s demonstration project TwinWay. Hexicon’s floating foundation with the patented TLP type mooring system exhibited desired results.

The tests were conducted at MARIN in the Netherlands, which has long experience from floating wind. Both extreme weather and operating conditions were tested, where the maximum wave height corresponds to 20 metres at full scale, equivalent to harsh North Sea conditions. The mooring line loads did not exceed the estimated values.

The tests form an important milestone in the development of Hexicon’s demonstrator project TwinWay, with planned installation at Metcentre in Norway by 2023. TwinWay is a pilot to commercialise new offshore floating wind technology.

Marcus Thor, CEO of Hexicon, said: ”The tests at MARIN have been successful and Hexicon’s floating foundation and mooring system have behaved as they should when exposed to harsh environmental conditions. As a next step, the extensive amount of collected data will be processed and compared to results from calculation models. We continue the work with the aim to conduct a pilot for our floating wind platform at Metcentre in 2023.”

Hexicon develops wind power projects in deep water areas based on a patented technology for floating windfarms that enables generation of large amounts of renewable energy offshore. The company was founded in 2009 and has participated in development projects all over the world, including the world's largest floating wind farm off of South Korea. Floating wind power is considered a key component as the world moves from fossil fuels to renewable energy. Hexicon is listed at Nasdaq First North Premier Growth Market (ticker HEXI). Certified Adviser is FNCA Sweden AB, info@fnca.se, +46 (0) 8528 00 399. For more information, please visit www.hexicon.eu.

Successful results from model test in the Netherlands 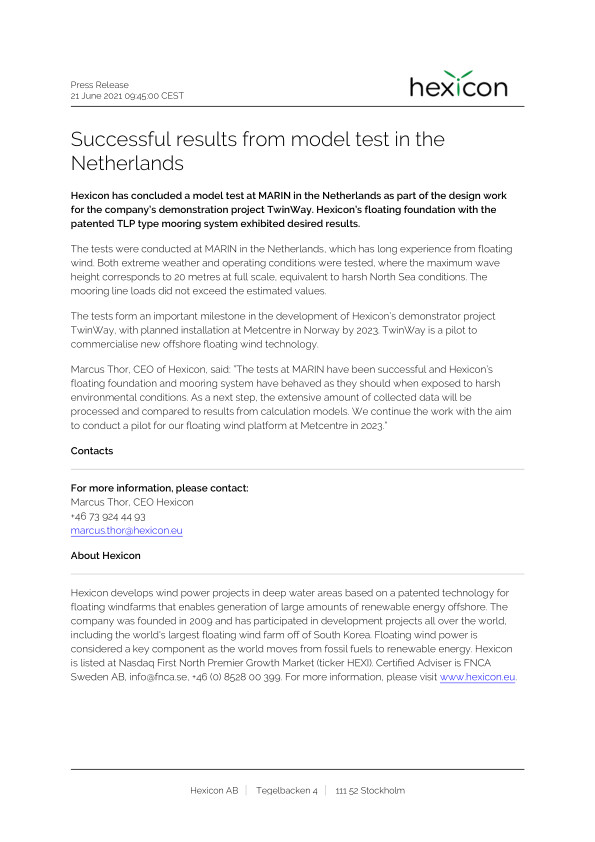 Successful results from model test in the Netherlands 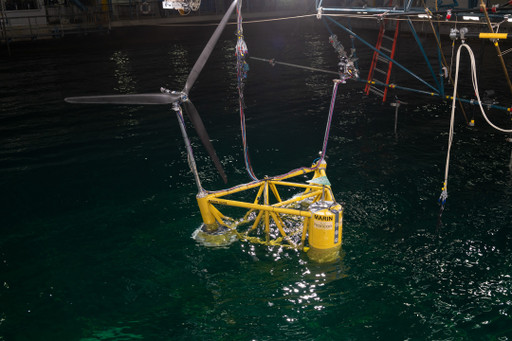